A couple of months ago, I got to spend some time catching up with friends I made at LessConf in Costa Rica, and made a bunch of new SuperFriends in the process. We broke bread, enjoyed the world's most delicious Pina Coladas at Rancho Margot, and told stories about growing up, our jobs, and our families. Here's the view from one of my early morning hikes. 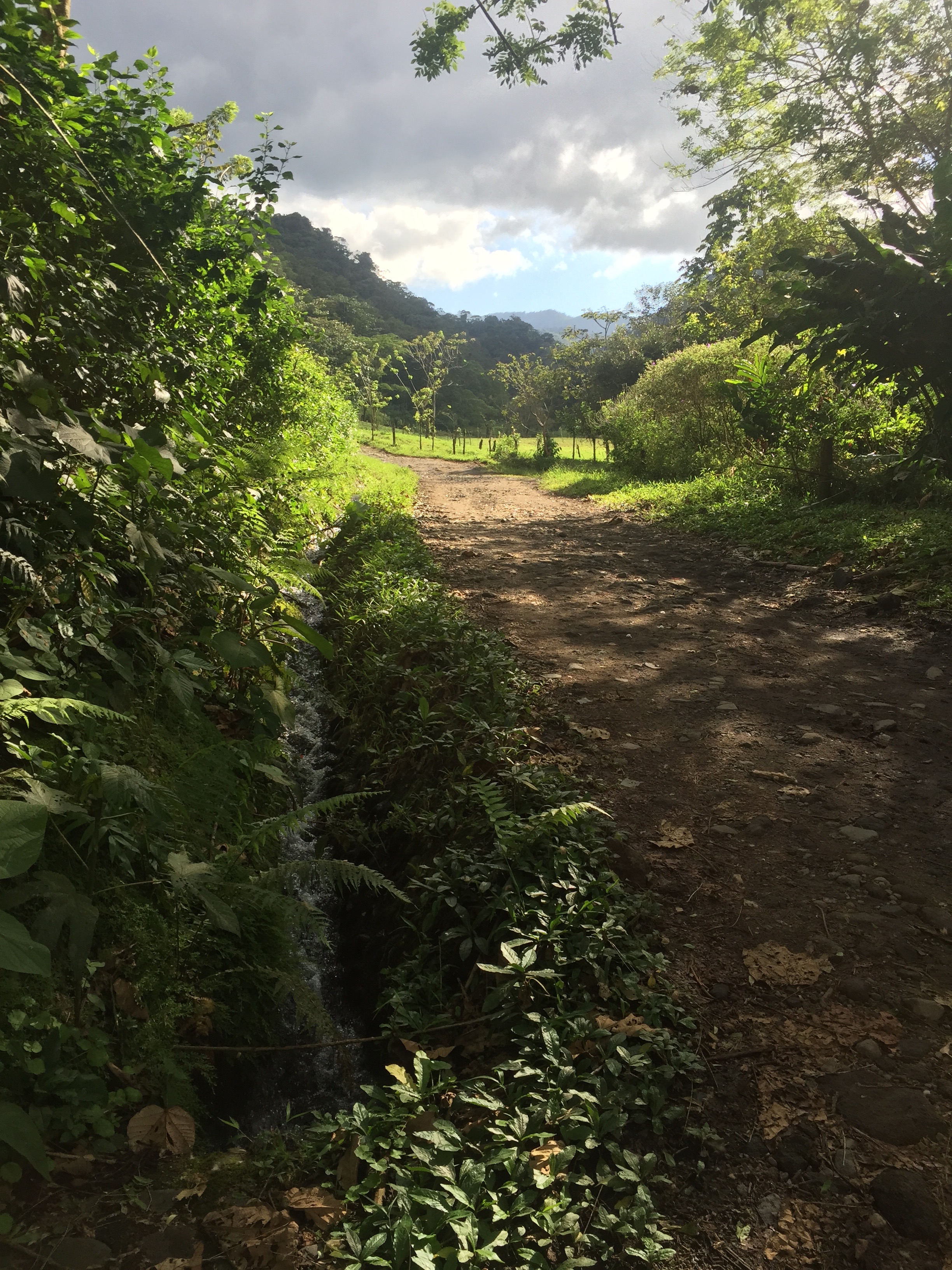 One theme came up repeatedly in my conversations while I was there: the biggest moments in life are rarely the ones we plan. We kind of bump into them, and look back years later to realize how important things that felt like small moments can become. Hindsight shows they are the start of something big that we begin to assign value to these moments.

Stories like this came up again and again and touched on everything from business, to relationships, to a person's health. You know, we encounter little coincidences like this all the time.

One moment like this for me happened about six years ago, and you can actually find it on Twitter.

In April 2009, I was working at a truck driving school. My job was to talk to people who were interested in going to the school, see if they qualified for job placement, and help them get started. It was a good job. The people in my office were really great, and they were happy with the work I was doing. But there wasn't much opportunity for me to grow with the company, so it ended up feeling like a bit of a dead-end.

My dream was to work at a tech company. This was right at the crest of the wave of enthusiasm around Facebook and Twitter, when I was reading about Foursquare taking over SXSW. Every week I listened to This Week in Tech and participated in the conversation in my car. Living in Pensacola, FL a career at a company building technology products felt like a bit of a dream. My wife and I were starting to talk about moving somewhere if I could find the right fit at the right company. We had one kid, and weren't crazy about the idea of moving but it seemed like the next logical step to get where we wanted to go.

Then I noticed a local guy, Chris Barr, I was following on Twitter worked at AppRiver. They were always hiring, and I'd sent in my resume about a year earlier and never heard anything. Chris was replying to their Director of Customer Care, Brian, talking about a bowling event they'd had recently.

After reading through a bit of their conversation thread, I sent Brian this tweet:

@appbrian Read the AvidDesign blog about your customer support. Very interested in joining AppRiver team, what training should I pursue? Thx

This started a Twitter convo where Brian asked me to email him my resume. A bit later he sent me this @reply:

@shanerice I passed your resume along to our support managers. Thanks for sending it in. Have a great weekend.

Following someone because their cool Tweets showed up in my local feed led me to a conversation he had with a co-worker, which landed me an interview at a company where I spent 5 years, and I got to spend the last 4 years learning how to market and sell software on the Internet.

Now six years later I still live where I want and work for Wildbit from my house. Six years ago this was the job I was dreaming about. Then one tweet started one thing, that led to another, that brought me here.

Life isn't about waiting on the coincidence. It's about recognizing a good thing when you bump into it.

Edit: I wrote a version of this story for the AppRiver blog in 2010. Since then quite a bit has happened for me professionally, and I wanted to add this note to acknowledge that.

The fancy clams with the pearl inside

No use for excuses

Data is valuable. Insight is golden.

The art of plussing it.